This incredible DC Comics Batgirl Bust has been beautifully handcrafted and stands at approximately 13cm, and is based on the most recent incarnation of the hero when Barbara Gordon returned to the role. 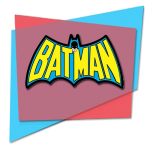 Batgirl was created as a mere romantic foil, but the success of the Batman TV series made the Barbara Gordon version of the character a firm favourite with fans.

The DC Bust shows Batgirl with one of her signature pieces – the half cowl – resembling Batman’s headgear but allowing her hair to come out at the back, and she wears her purple suit with a yellow bat adorning the chest. Yellow gloves are worn on her hands, her yellow utility belt is secured around the waist, and her flowing yellow cape finishes the look.